2017 | mix media
Mouth is a about not being able to express yourself or say what you want or feel. Using a traditionally feminine occupation such as embroidering, I am referring to the many times women repress what they would like to say. 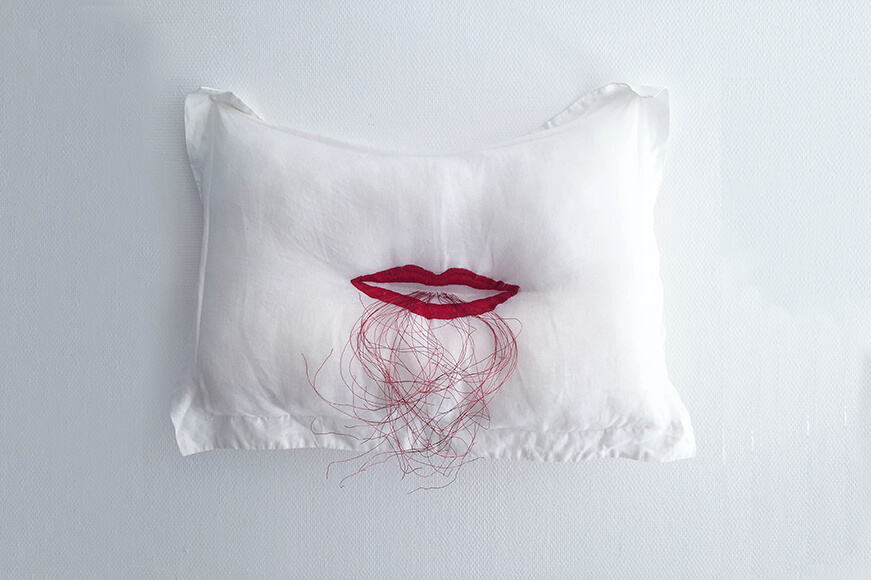 2017 | mix media
Eyes is about seeing but again not being allowed to say or speak, or even worse it may put your life into danger. Pillows can be used to suffocate, which is again the feeling one has when one cannot express oneself for whatever reason. 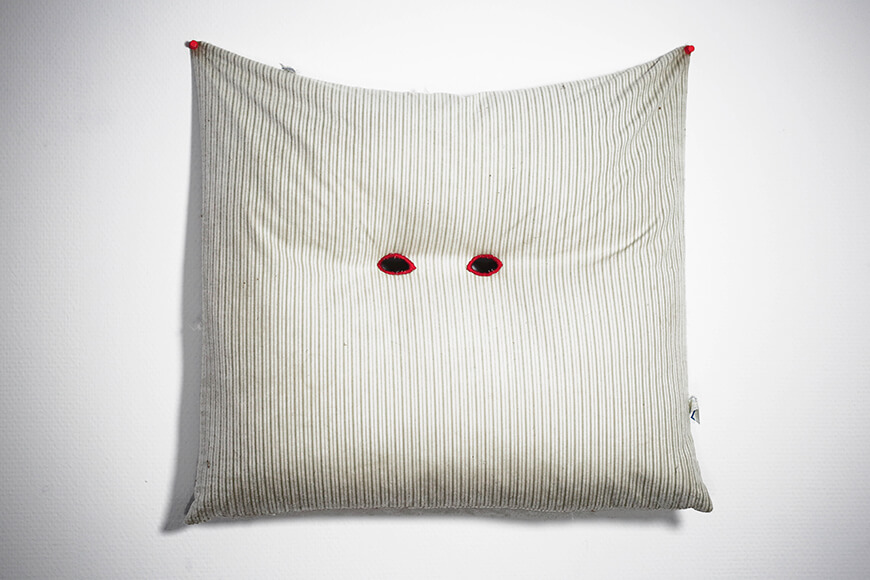 2017 | mix media
If you approach this pillow near enough you will hear a child’s secrets being whispered inside it.